Here at the H.A.R.P. Museum at the Irish Cultural Center of the Mohawk Valley we hope to promote understanding and appreciation of the legacy of the Irish people who settled in the Mohawk Valley. We wish to present their many contributions to the area and to our lives.

We also will provide the capability to genealogical research, as well as a reading/reference library of Irish-themed books, tapes, CDs and movies.

We’re covering the waterfront here at the H.A.R.P. Museum… in fact, the acronym stands for “History, Ancestry, Research and Programs.” 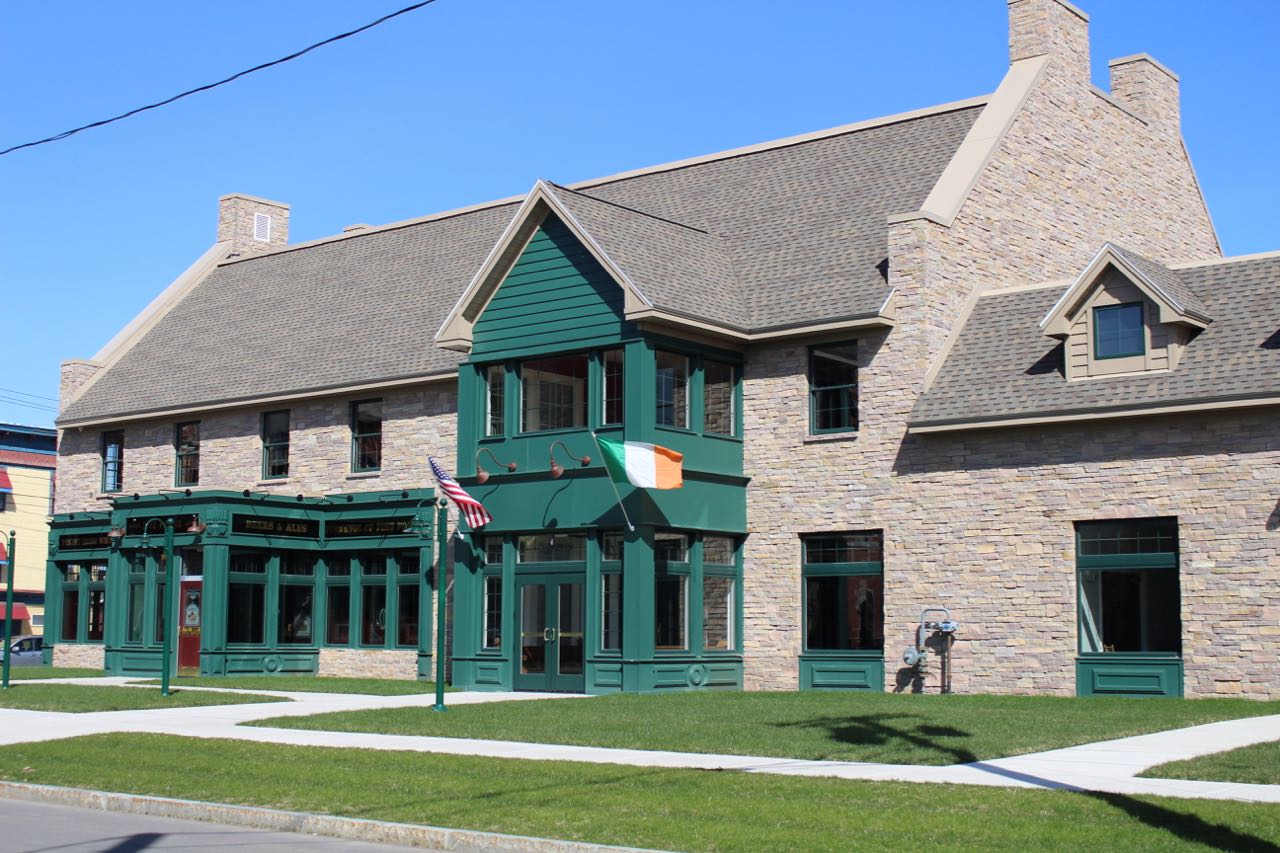 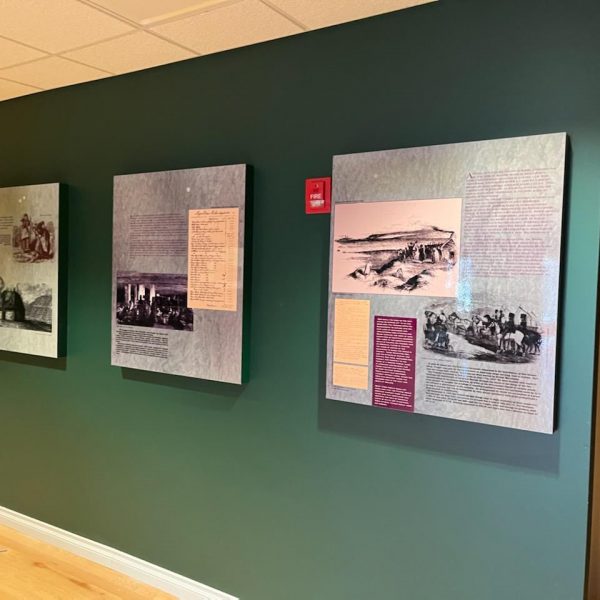 In November 2022, we rolled out Phase I of the H.A.R.P. Museum, with displays and exhibits for “Irish Pioneers in the Mohawk Valley” and “Irish Organizations in the Mohawk Valley.”  These displays mark a humble start to what we envision to be many years of attractive and informational exhibits, covering a wide variety of topics of interest in local and regional Irish culture.

While our vision for the next phase has us researching  and collecting artifacts for our next exhibit –“On This Hallowed Ground” – by pure serendipity, our friends at the Irish-American Heritage Museum in Albany offered us their impressive multi-panel “An Gorta Mor” (“the Great Hunger”) exhibit… and we wasted no time in making a trip to collect them and mount them in our Museum.

These meticulously-researched and professionally-rendered panels relate the plight of the Irish people in their fight for survival during one of the darkest periods in their history.  From 1845 to 1851, nearly 1 million people died, and up to 2.5 million people emigrated to America.  This moving display, told over 30 panels, traces the causes of the Great Hunger – both natural and political – and the relief efforts taken up by religious and civic-minded groups around the world. (While the display primarily centers on  Albany’s response to the situation, Uticans can also be proud of the part they played in raising money and food to aid the cause.  Responding to the appeals from the Albany Irish Relief Committee and the General Relief Committee of New York, the Utica Irish Relief Committee was formed in 1847, headed by future governor Horatio Seymour.  The committee went on to send 500 barrels of kiln dried corn as their “little contribution…to alleviate…the sufferings of our brethren, the afflicted people of Ireland”).

The public is invited to view this exhibit on Wednesdays, Thursdays, Fridays, and Saturdays from 4:00PM to 10:00PM or by appointment. There is no charge for the visit, although we do appreciate contributions. Contact Dan Daly at dan@fivepointspublichouse.com if you’d like to set up a private appointment.

Our first exhibit, “On This Hallowed Ground,” will document the history of the museum, starting with the selection of the site itself.  The Irish Cultural Center stands on the precise site of the original St. Patrick’s Church, built in 1850 to accommodate the Irish population that was working in the mills in West Utica.  The exhibit will trace the events, the area, and a timeline from 1850, up to the Center’s dedication ceremony held in July 2019.  Other planned exhibits are a) “Irish Pioneers in the Mohawk Valley” (information panels on the Devereux brothers, Dominick Lynch, Sir William Johnson, Robert McBride, Francis Kernan, Thomas Wheeler, James Dwyer, etc.); b) “200 Years of Irish Organizations in the Mohawk Valley;” a timeline that begins in 1822 with the “Utica Hibernian Benevolent Society,” up to today’s organizations (AOH, LAOH, GAIF, Craobh Dugan-O’Looney, Friendly Sons of St. Patrick, etc.), and c) “The Immigrant Experience,” documenting the three phases of the influx of Irish emigrants to the area; where they lived, how they worked, played and worshipped, and what they did to survive and thrive. 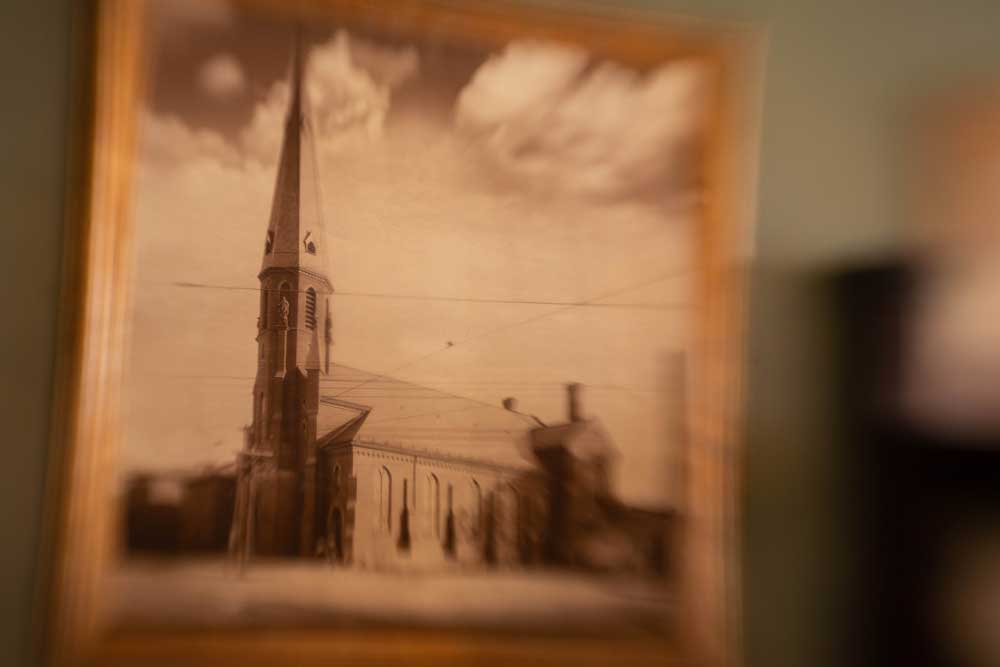 Our ultimate goal is to have a one-stop genealogical research area, with dedicated computer workstations configured to access the most popular and trusted genealogy web sites, archives and databases (Ancestry.com, 23AndMe.com, IrishGenealogy.Ie, FamilySearch.org, etc.), as well as the most often used Irish genealogy reference books (e.g., “Tracing Your Irish Ancestors,” by John Grenham, “The Surnames of Ireland,” by Edward MacLysaght, “Your Irish Ancestors; A Guide for Family Historians,” by Ian Maxwell).  Please check back often… as we grow, so too will your family tree! 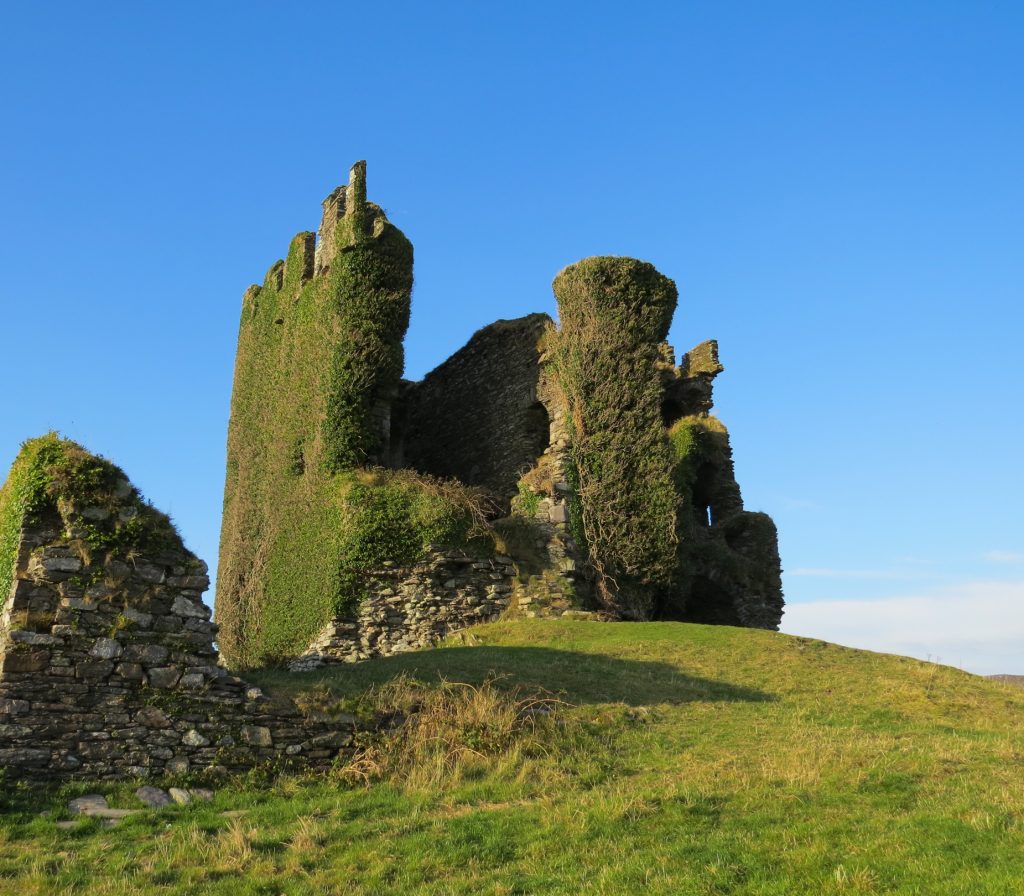 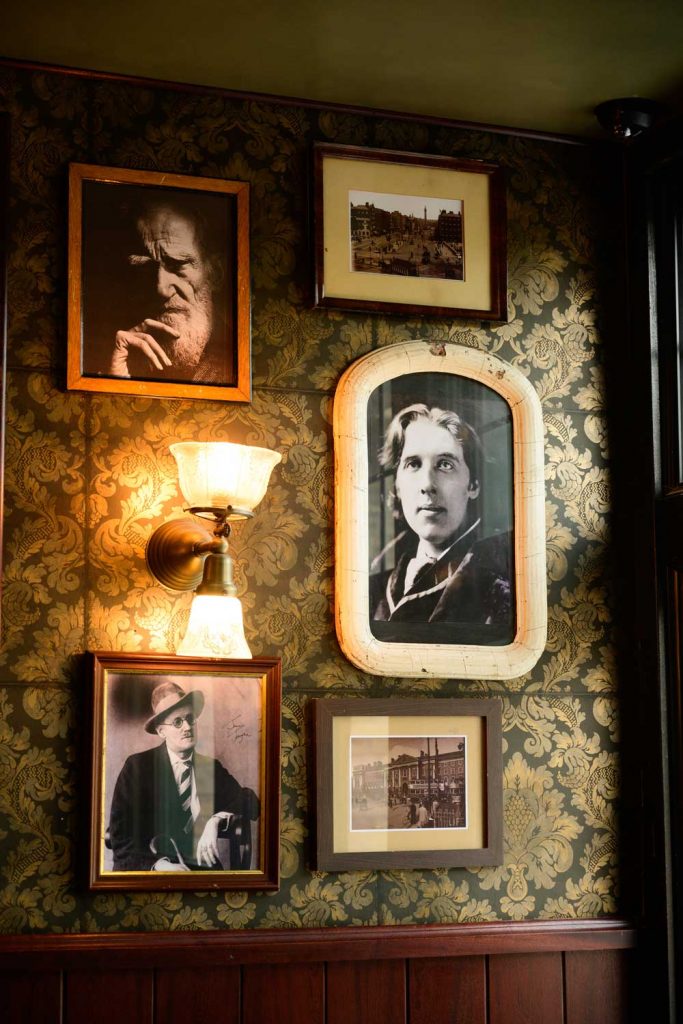 The Irish Cultural Center of the Mohawk Valley Museum accepts donations for our collections that support our mission of preserving regional and local Irish history, heritage and culture. We are looking for appropriate historical artifacts, clothing, books/book collections, photographs, displays, newspapers, musical instruments, recordings, sheet music, posters, maps, etc. If you have artifacts or documents that you believe would complement the ICCMV’s collection, please use the Object Donation Form to transmit a description of your proposed donation. Note: provenance is key; we will need to be convinced of the historical relevance or context of your donation.  While it may be Irish-themed, we are not here to help you clean out your garage! 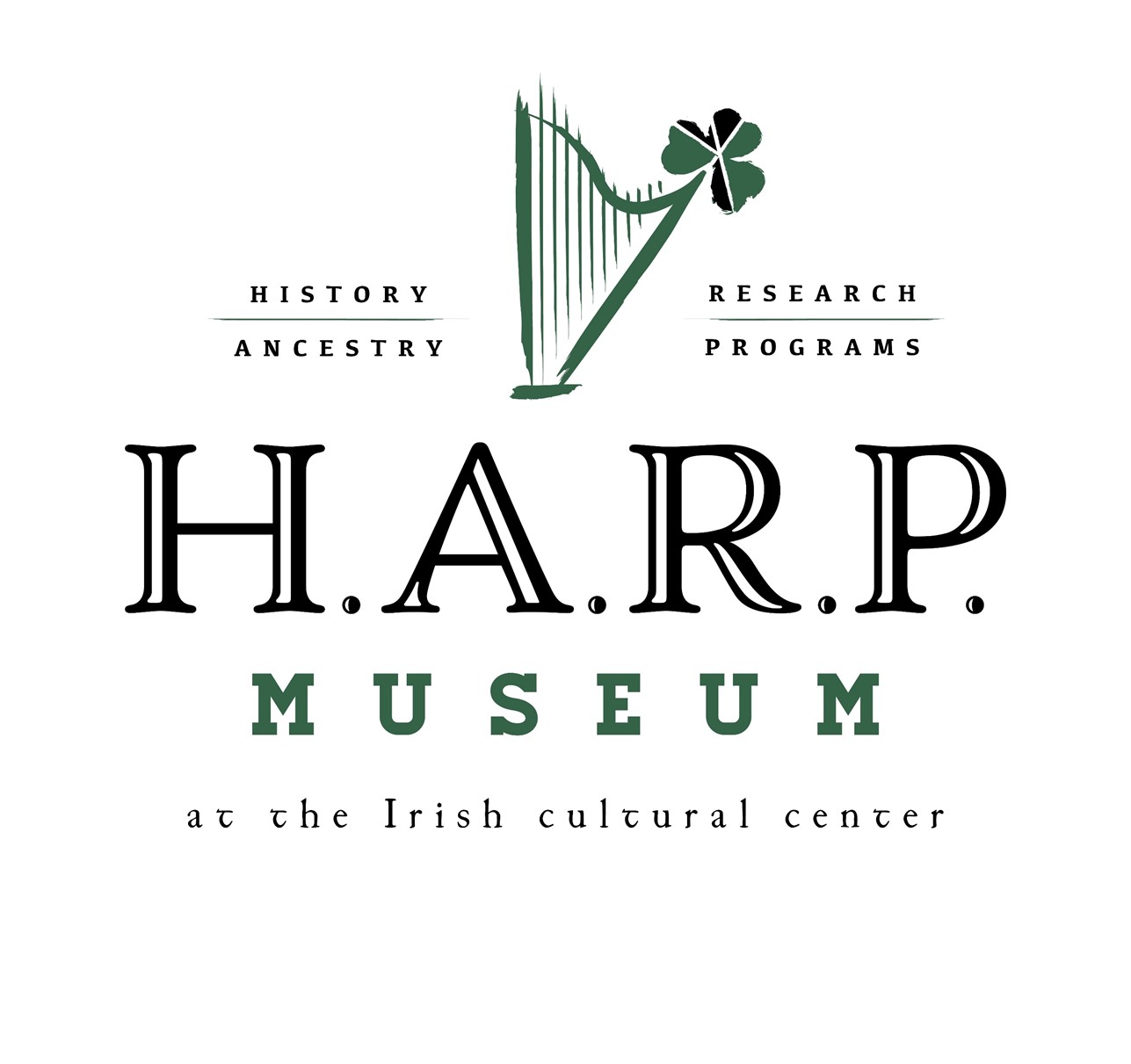 The H.A.R.P. Museum at the Irish Cultural Center of the Mohawk Valley is the first Irish museum in Utica’s long and storied history.  It was established to capture and pass on the rich history of the local Irish community, and the many cultural contributions and influences they have endowed to us all.

We are a 100% volunteer organization, dependent on the generosity of individuals and corporate sponsors.  As such, we have established a “Friends of the H.A.R.P. Museum” membership plan, described below. Your tax-deductible membership fee will help support our ongoing efforts to promote and preserve the rich heritage of local, regional and national Irish culture for future generations.

JOIN AT ONE OF THE FOLLOWING LEVELS: 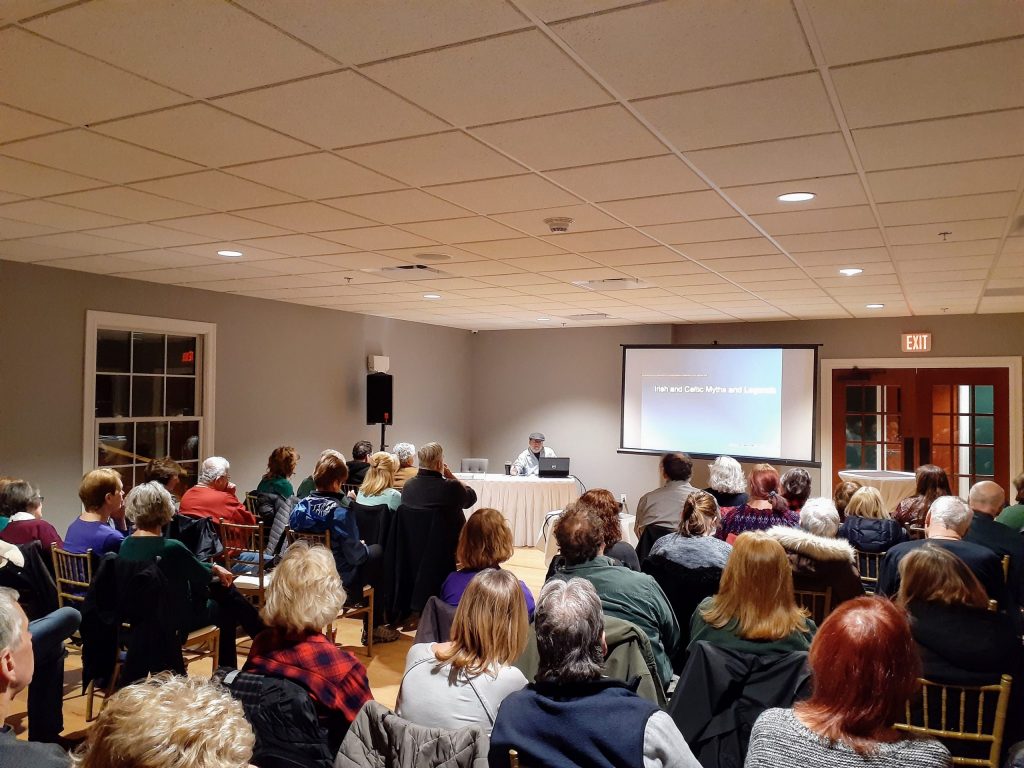 Ours is a totally volunteer-run museum. If you would like to volunteer some of your time and talents to helping us set up and grow the area’s first Irish museum and research library, we would love to hear from you. We have a need for support in the following areas: research assistant, collections assistant, artifact cataloging, genealogical research, tour group leader, custodial support, administrative support, membership support, history detective, grant writer, etc. We promise you a rewarding (if non-paying) experience! If you’d like to volunteer, please send us an email at iccmv.museum@gmail.com. 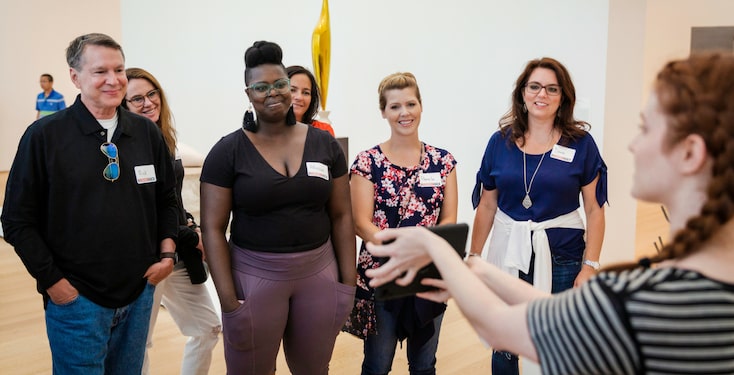 While we gladly welcome you to peruse the museum, we would ask that larger groups please send us an email at iccmv.museum@gmail.com to arrange an appointment.

We’ll send you weekly updates on our progress as we put the finishing touches on the new Irish Cultural Center of the Mohawk Valley and Five Points Public House.

Do you have questions, comments, ideas, or suggestions? Send us a message below.