The Message from Dublin 1916

How the world’s first radio transmission inspired two songs about the Easter Rising. 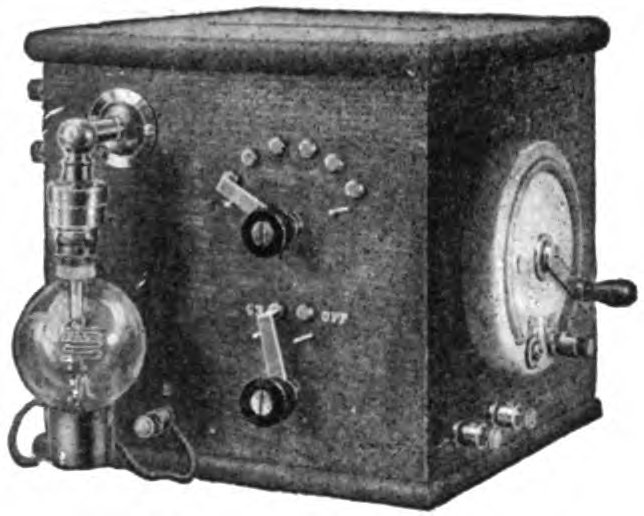 It was the second day of the Easter Rising, April 25, 1916. The British had cut off all telephone and telegraph lines out of Dublin to prevent the Irish insurgents from seeking outside help. But rebel Commandant-General Joseph Plunkett had an idea. He called seven men together at their headquarters in the General Post Office and sent them across the street to the Wireless School of Telegraphy. This British training center had been closed at the start of World War I, but it still held transmitting equipment within.

Once inside, the men found dismantled radio parts, but fortunately, Fergus O’Kelly was with them. He had served with the British Army Signal Corps and was able to repair a ship transmitter he found in the school.

Another of the men, David Bourke, knew Morse code and by 5:30 PM on April 25 he began sending a transmission at intervals over the course of 20 hours. They hoped ships in the Altlantic would receive their message and relay it to the United States. At that point in history, messages had only been sent directly to receiving stations. This transmission is widely considered the first message broadcast as a radio signal.

It said, “Irish Republic declared in Dublin today. Irish troops have captured the city and are in full possession. Enemy cannot move in city. The whole country rising.”

You can hear the actual transmission in this video.

Ships did receive the message and relayed it to the international press. The story was out, thanks to the ingenious efforts of Plunkett and his seven men. Still, no help arrived and the rebellion came to an end on April 29. By May 12, Plunkett and most of the other leaders of the Rising were executed by firing squad at Kilmainham Gaol.

In 2016, to honor the 100th anniversary of the Rising, two musical groups in Ireland incorporated, with equal ingenuity, the Morse code transmission into music videos.

A Dublin-based duo called Contour, wrote “Rebellion”. In an interview with Irish television station RTÉ Ten, Contour’s Conan Wynne said, “We took the Morse code and got a tempo and pitch from it and put a song around its flow. Anna (Doran) then wrote lyrics that echoed the feeling of rising up and representing something you felt strongly about and then we added some ‘visual syncopation’ of footage from the event.”

Doran’s great-grandfather fought in the Irish War of Independence and she inherited his passion for justice. She said in the RTÉ interview, “I wanted to write lyrics that were not political but I do believe in social activism and standing up against injustices in society. So, I felt I could sing something from the heart that honours the fight for freedom and that was also relevant to me now.”

Eamonn Noone is a music producer based in Dublin and Galway. He brought together five musicians to record “Rising.” Featuring Catherine Madden on cello, Aimee Farrell Courtney on bodhran, Niamh Kenny on fiddle, and Colin Lyons on drums, this song samples a speech made by Sean Moylan who was a leader of the Cork 2nd Brigade during the Irish War of Independence. In an email interview, Noone said Moylan’s words in this speech inspired him because he was “talking about solidarity, how a country came together through such difficult times to fight for a greater cause.” Noone went on to say, “What I wanted to do with this track was to try to pay tribute to the Rising in a positive way, focusing on the people of this country and not the war itself.”

The video sets a rhythmic editing of Moylan’s speech to music which was also inspired by the Morse code transmission. The video is especially interesting and artistic with silhouettes of the musicians superimposed on photos of Irish history.

So 100 years later, a transmission in a time of war was transformed into music in a time of peace. What do you think of the songs? Let us know in the comments.