Although members of the Irish community in Utica and the surrounding areas have boasted informal and formal Irish organizations going as far back as “the Hibernian Society” in 1840, it’s been nearly a century since any of those organizations has had a building they could call their own. In 2004, the Ancient Order of Hibernians John C. Devereux Division #1 put forward a bold plan to remedy that situation – establishing the Irish Cultural Center of the Mohawk Valley — and created the Great American Irish Festival as its primary fund-raising arm.

In a few short years after its inaugural one-day event in July 2004, the Great American Irish Festival had quickly become the fastest growing Irish festival in the state, generating enough revenue for its organizers to begin pursuing their dream of an Irish Cultural Center in earnest.  After reviewing several rent/purchase/build alternatives, the Board of Directors of the festival and the AOH decided that the most attractive option – albeit the most expensive one – was to construct the Center from scratch.  But where to build it? 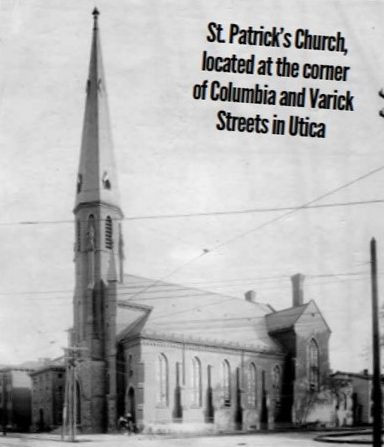 The answer was an easy, if fortuitous, one.  The City of Utica owned a small piece of property – an empty lot at the corner of Columbia and Varick Streets, which was formally the St. Patrick’s Church property.  The first Irish Catholic church in Utica, it was established in 1850 to accommodate the Irish population that was working in the mills in West Utica.  A fire on Nov. 8, 1889 destroyed the first church and a new, larger church capable of accommodating 800 people was dedicated in 1895. There was also a school capable of accommodating 300 students, a garage, and a convent constructed on the site.

In 1996, the diocese decided to consolidate with St. Joseph’s across the street and the last mass was held at St. Patrick’s on August 28, 1966.  As the city expressed a desire to build a west side fire house on the site, in October of 1968, the parish paid to have the St. Patrick’s property demolished to clear the way for this project.

The city never did build the fire house and the lot remained vacant for decades.  Upon learning that the City of Utica Urban Renewal Agency had recently purchased this property from the city, GAIF officials approached the agency about purchasing the property for the Irish community once again.  The URA unanimously approved the proposal, and at a public hearing held on December 5, 2007, the Utica Common Council also unanimously approved the sale.

Phase I construction on the site formally began with a groundbreaking ceremony on St. Patrick’s Day, 2011, making the dream a reality at long last. After nearly as long a period of inactivity as that experienced by Utica’s original Irish population, the Irish Cultural Center of the Mohawk Valley – a fresh new symbol of Irish tradition, heritage, pride and old-fashioned resolve – would be built exactly on the site of the original St. Patrick’s Church; rightfully revered as “sacred ground” by Utica’s Irish population. 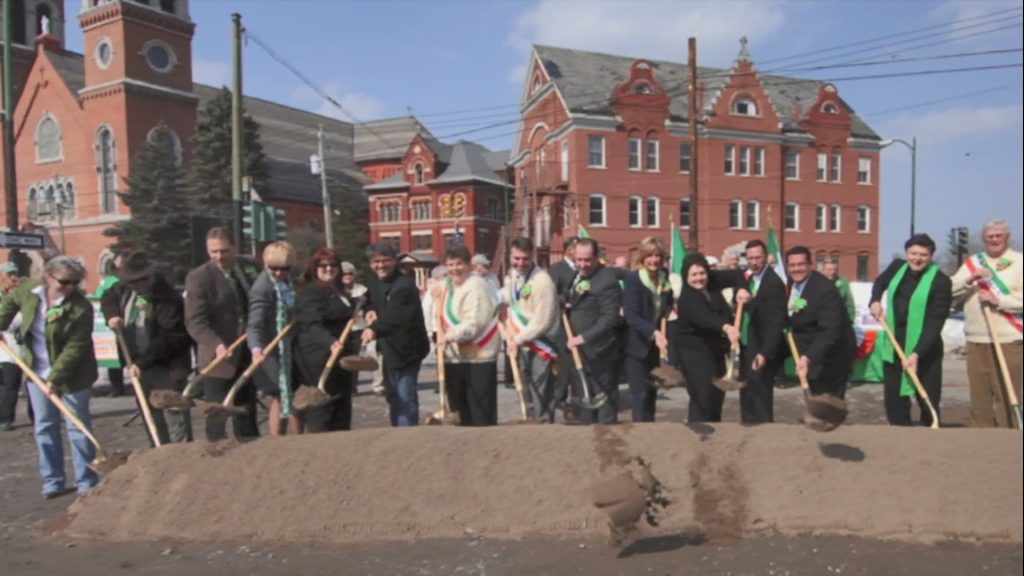