Irish in the Mohawk Valley

The First Baronet of New York

Sir William Johnson, emigrated from Co. Meath, Ireland to New York in 1737. He was a young man of 22 when his uncle Peter Warren hired him to lead 12 Irish families to establish a community on his land near present-day Warrensburgh. Upon arrival, Johnson quickly built his fortune through the fur trade and land acquisition.

In 1755, King George II of England bestowed the title of Baronet upon Johnson after his deeds in the Battle of Lake George. (This title has passed down to his descendants to this day. The current Baronet of New York lives in London.)

More than his growing wealth or his title, it was his extraordinary ability to communicate with the Native Americans that made him a legend of colonial New York. He learned to speak the Mohawk language, had eight children with his Mohawk wife Molly Brant, and was given a name of honor by the Mohawks – “Warraghiyagey” – which in English means, “a man who undertakes great things.”

Johnson Hall, which is now a state historic site in Johnstown, was known for generous hospitality with plenty of music and dancing, fine food and drink, a menagerie of pets including dogs, birds, and monkeys, and rooms to accommodate a constant stream of guests.

Two years later, his heir, Sir John Johnson, lost it all when American patriots seized the property during the Revolutionary War. When you visit Johnson Hall State Historic Site, you can still see the marks on the bannister where patriot militia members pounded their rifle butts on the day they took the house. 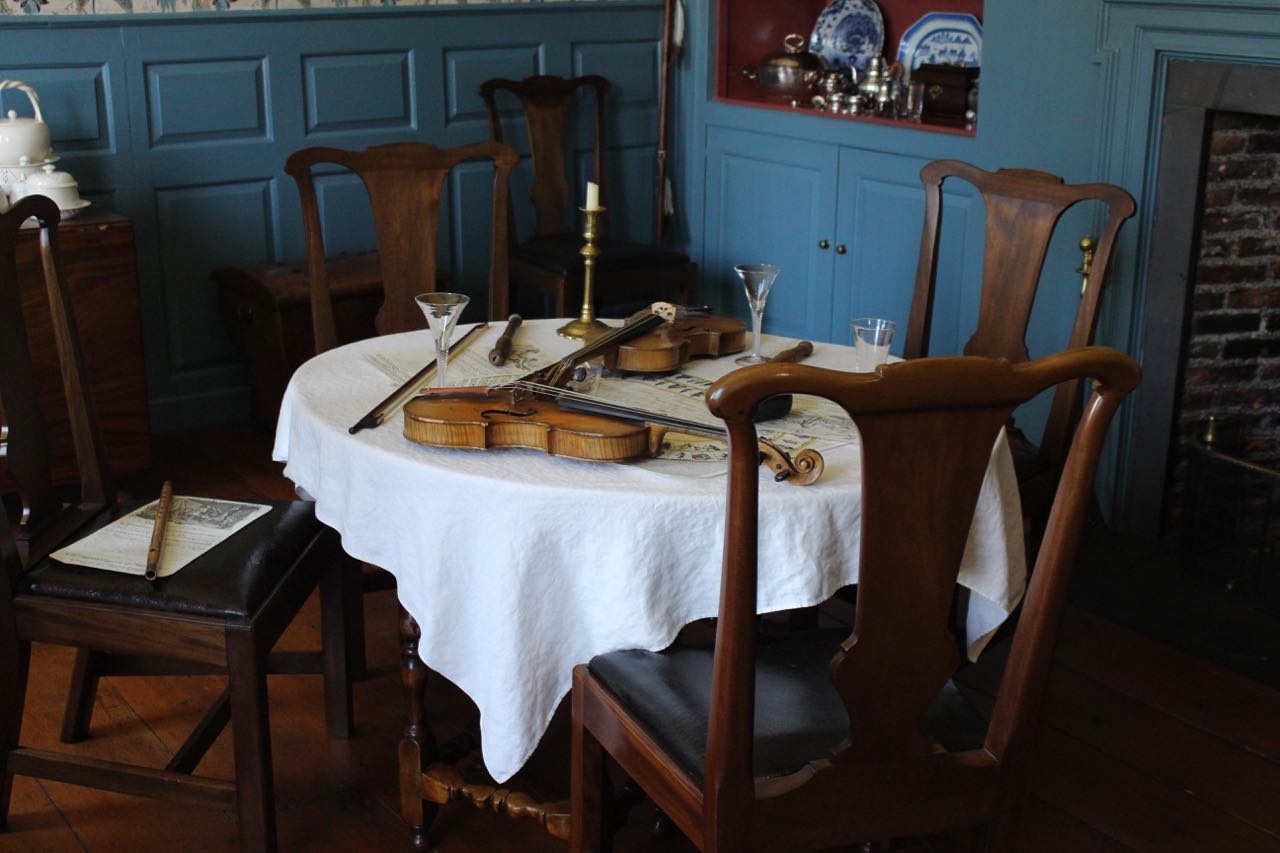 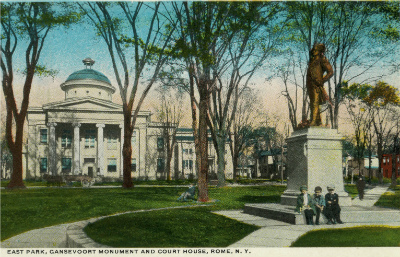 The First Builder of Rome, NY

Rome, NY, was nothing but an abandoned fort, a swamp, and plenty of potential when Irish-born Dominick Lynch mapped out his vision for the community in 1796. Over the next 29 years he built a thriving town he called Lynchville, criss-crossed by streets he named after his friends and family. Those familiar street names include James, Jasper, Louisa, Ann, John, and Henry (after some of his 13 children), Dominick and Lynch (after himself), and George and Washington (after his friend the Father of our Country). Lynch had the honor of attending George Washington’s inaugural ball in 1789 having become acquainted with him when they were neighbors in New York City.

Lynch was born into a wealthy family of Galway merchants and politicians in 1754, and moved to New York City in 1785, bringing with him his wife Jane and a large fortune he had amassed through his business dealings in Ireland. While in New York, he continued to increase his wealth through investments, speculation and other business enterprises. One of his savvy purchases in 1786 was the land where Rome is now.

There he built a sawmill and factories for making textiles from cotton and wool. He helped guide the construction of the Inland Canal, which connected the Mohawk River to Wood Creek eliminating the need to carry boats and cargo across the Carrying Place. Later, he turned over to the state his property in south Rome for the Erie Canal. He donated the land in downtown Rome where the Oneida County Courthouse, St. Peter’s Church, and the former City Hall now stand. He also donated land for two parks known as Veterans and Gansevoort today.

Despite all the good he did, Lynch was disliked by the early settlers of Rome because of one practice he brought with him from his native Ireland. Instead of selling land lots to them, he rented them. He even rented the swamp land south of Rome in 1 ½ acre lots to the same people who rented village lots. But he only charged one peppercorn a year for those.

Lynch built a house on the southeast corner of the old Fort Stanwix, but it burned in 1824. After that, he returned to his mansion in Westchester County where he died on June 5, 1825.

John C. Devereux was born on August 6, 1774, at his family’s estate near Enniscorthy, Co. Wexford. Twenty-three years later, he stepped on to a dock in New York after he was forced to flee Ireland when authorities discovered his activities on behalf of the United Irishmen. Only a year later, during the Rebellion of 1798, his family, who stayed to finish the fight, lost all their wealth and even the life of one son, James, at the Battle of Vinegar Hill.

But safe in the States, John taught dancing for a living while he made his way from New York City through New England to Utica in 1802. There he started a mercantile business and succeeded beyond his dreams. The demand for dry goods and groceries in a booming frontier city, together with his industrious habits, polished manners, and kind generosity brought him $100,000 a year.

His surviving brothers joined him in this new nation and in 1814 Nicholas, the youngest, became John’s business partner. Together they built the Devereux Block on the west side of Bagg’s Square in downtown Utica, a grand five-story building with stores on the first floor and offices above. It stood until 1990 when it was razed after a fire.

The Devereux brothers’ neighbors admired their success and asked them for sage advice regarding money. At the time, Utica had no bank but the Devereuxs had a strongbox at the store which they offered as a safe place to keep the coins of Uticans. They kept careful accounts and paid interest to depositors. Then in 1839 they officially formed the Savings Bank of Utica. John served as its first president. And the strongbox survives in the gold dome bank’s lobby on Genesee Street to this day.

There were other firsts too. John donated the funds to build the first Roman Catholic Church west of Albany – Old St. John’s, still at Bleecker and John Streets today. He established Utica’s first St. Patrick’s Day parade in 1824. And in 1840, John C. Devereux became the first mayor of Utica elected by the citizens. Up to then, Utica’s mayors had been appointed by the city council.

On December 11, 1848, John finished his generous and productive life in the city he served so well. Moses M. Bagg later wrote of him, “…a very prince among his fellows was John C. Devereux whose honourable career and many deeds of charity left behind him a memory as verdant as that of the green isle whence he came.” 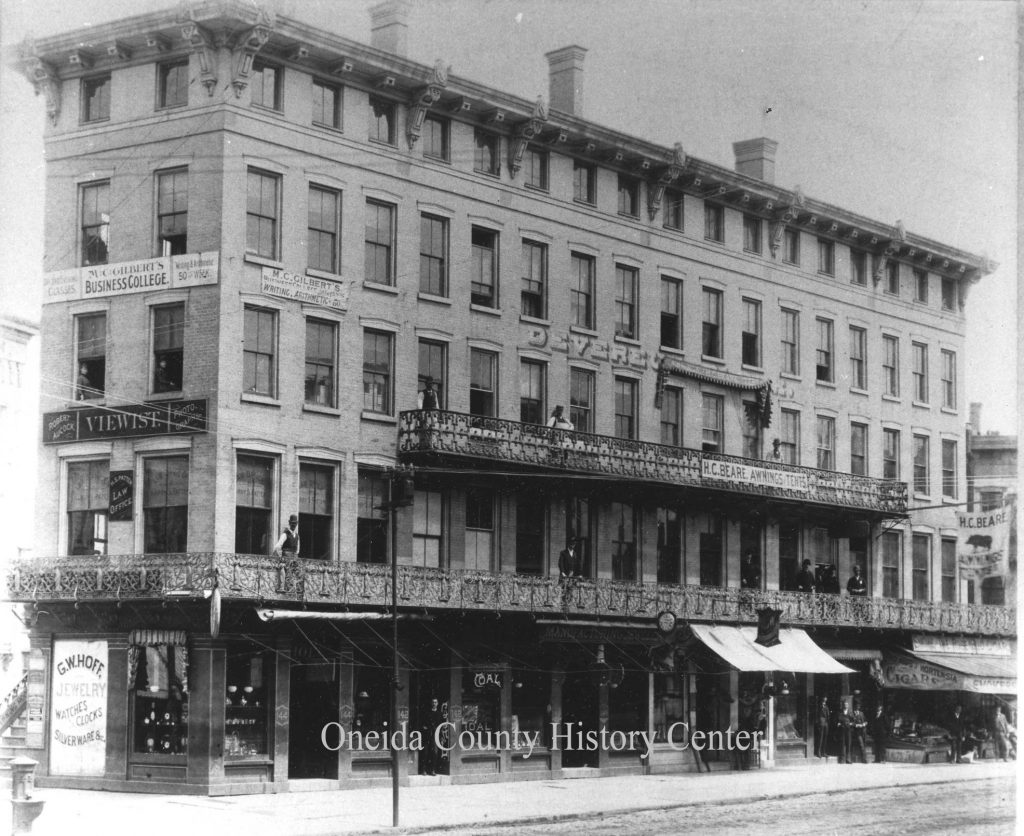