Barmbrack and other Irish Halloween Traditions

American Halloween culture is full of Irish traditions, but this one is not so well known. 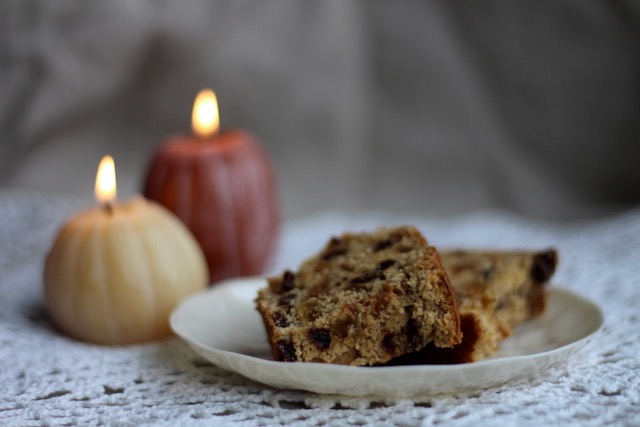 Did you know that Halloween originated with an ancient Druidic observance? In pre-Christian Celtic culture, the old year ended with Deireadh Fómhair (End of Harvest) on the eve of October 31. The new year began on Samhain, November 1.

Samhain (pronounced sow-in), has all sorts of traditions associated with it which will probably sound familiar to you.

Ghosts: According to Druid tradition, at midnight on this night, there is a gap in time, and the dead can come back.

Costumes: They also believed that if the visiting dead recognize you, they can steal your soul. So if you go out on this night you must disguise yourself to avoid having your soul stolen.

Bonfires: Large roaring fires were traditionally lit on hilltops at Samhain. People would extinguish their hearth fires at home and relight them with embers from the bonfire.

Bobbing for Apples: Since Samhain signified a new year, many traditions revolved around foretelling the future. When a group of young people bobbed for apples, the first one who bit an apple would be the next to marry.

Barmbrack (bairín breac in Irish, meaning speckled loaf) is one Irish Halloween tradition that may sound new to you. Also meant to foreshadow happenings in the future, this Irish tea bread was baked with several symbolic trinkets inside. If your piece contained one of these items, legend had it that your future could be affected. Nowadays, commercial bakers in Ireland just add the ring because modern health and safety regulations prohibit the rest.

Do you want to bake a batch of Barmbrack for your Halloween festivities this year? Here’s a recipe to show you how.