To that end, we try to present at least two cultural events each month, whether it’s an informative lecture, a musical performance, or a social gathering such as a Sip n’ Paint.  Be sure to check out the Event Calendar to get updates on everything we’ve got planned. 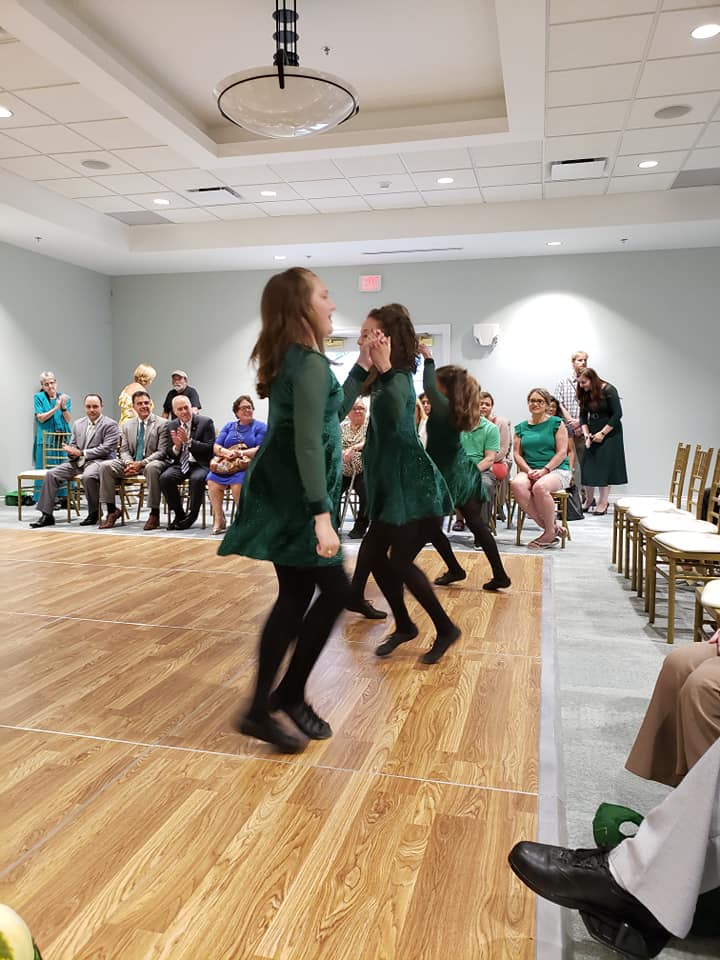 The Cooper’s Trade – Master cooper Bob Allers spoke at the Irish Cultural Center’s museum about the art and craft of making casks from wood, sharing many fascinating facts from bygone days. See the video replay on Facebook.

How to Write Your Own Family’s Saga – An online Zoom workshop presented by Temple University professor Kate Nelson on how to write and print a book about your family stories. See the video replay on Facebook.

The Songs of Irish History – A musical trip through Irish history through songs, spoken and sung by Mark Sisti. See the video replay on Facebook.

Become a Museum Volunteer – A presentation by Tom Kernan, a 30-year veteran in museum administration, on how to properly catalog and care for historic items donated to the museum. See the video replay on Facebook.

Glimpse into the Past – An online screening of the documentary film, The Village, which portrayed life in a tiny village in Co. Kerry in 1967.

Trace Your Family Back to the Emerald Isle – Professional genealogist Lisa Dougherty visited us from The Irish American Heritage Museum in Albany to offer tips and advice on searching for information about your Irish ancestors. This program is available to replay on Facebook.

The Banjo’s Journey into Irish Music – Bill Fahy and Skip Mansur told stories about the history of the banjo in Irish music interspersed with tunes and songs. It’s available to replay on Facebook.

Early Irish Pioneers of the Mohawk Valley – Tom Kernan spoke on the history of prominent Irishmen who played a large part in the development of our area in the late 18th and early 19th centuries. It’s available to replay on Facebook.

The 1916 Easter Rising – Mark Sisti gave a talk on the history of this pivotal event that eventually led to Ireland’s liberation from England. It’s available to replay on Facebook.

The Irish and the Erie – Craobh Dugan’s musical tribute to the hardworking Irish immigrants who helped build the Erie Canal.

Bloomsday Pub Crawl – An annual event in the Varick Street area that takes place on the closest Saturday to June 16th. In James Joyce’s Ulysses, this is the date that Leopold Bloom made his famous one-day sojourn through Dublin.

Pop-Up Gaeltacht – These events started a couple of years ago in Ireland and around the world. Irish language speakers circulate in the pub and share a few words (cúpla focal) of Gaeilge.

Irish Myths and Legends – In no culture is the line between history and mythology as blurred as in the culture of the Celtic nations. This presentation by Mark Sisti covered the creation of the myths, the Gods and Goddesses, the oral storytelling traditions, tales of mystical beings such as the leprechaun, and the banshee.

The Great Hunger, “An Gorta Mor” –AJ Pedone presented on perhaps the most decisive event in the history of Ireland and an event that changed the world.

Ceili Dance Classes – Whether it’s a Three-Hand Reel, the Haymaker’s Jig, the Sweets of May, or the Walls of Ennis, our dance teachers know the steps.