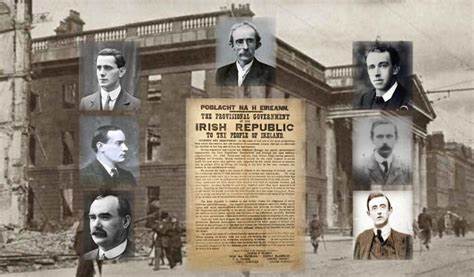 “The Easter Rising: The Failure That Brought Forth A Nation”

Learn how seven martyrs from a failed event resulted in Ireland’s freedom from British rule.

Shortly after noon on April 24, 1916, a sudden hush fell over a crowd gathered on Dublin’s O’Connell Street, as, from the steps of the General Post Office, Patrick Pearse read the Proclamation declaring Ireland’s independence from England.

Thus began one of the most glorious failures in history, the 1916 Dublin insurrection. For five days a small untrained group of schoolteachers, poets and dreamers held out against the most powerful army in the world before finally being forced to surrender.

Why was this rebellion different from the many that had been put down in the past? How did this insurrection, which was a failure in every respect, ultimately change the course of Irish history?

Find out on April 27th at 7 PM when local writer and musician Mark Sisti presents a discussion at the Irish Cultural Center of the Mohawk Valley on the 1916 Easter Rising, its causes, its heroes and its aftermath. Interspersed throughout the discussion will be performances of songs commemorating the people and events at the center of the insurrection.

This event, which will be held in the H.A.R.P. Museum, is free; however, you are asked to register via this program’s Eventbrite link (here).